Blog&News
You are here: Home / Blog&News / News / Industry news / A Ultimate Guide to Silane Application In Adhesives and Sealants 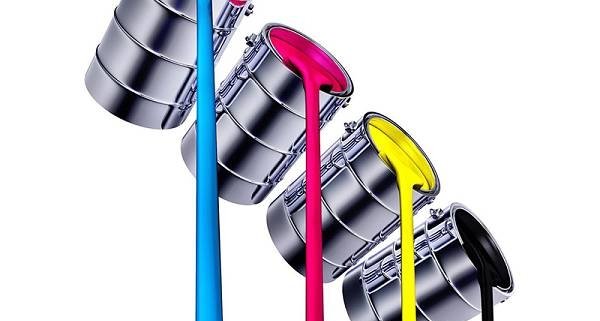 Silane is widely used in sealants and adhesives to improve product adhesion. Sealants often serve a dual purpose, they prevent water, air, and chemicals from passing through the area to which they are applied, and in some cases also act as adhesives.

Silane can form durable bonds on metals, glass, ceramics and other surfaces. As a result, these types of sealants can be used in a range of industries including aerospace, automotive and construction.

The silane coupling agent will function at the interface between the sealant or adhesive and the substrate to act as an adhesion promoter. Organofunctional silanes use a mechanism similar to that previously described to adhere inorganic substrates and sealants or adhesive polymers. The silane coupling agent is selected by matching its organic functional group to the polymer to optimize the bonding. Table 1 presents silanes to evaluate various polymer systems.

Generally, mixtures of silanes are used as tackifiers to provide enhanced hydrophobicity, thermal stability, or crosslinking at the binding site.

Silanes can be blended into an adhesive formulation or used as a primer on a substrate. When added to the adhesive formulation, the silane must be sufficiently free to migrate to the interphase region between the adhesive / sealant and the adhesion surface. The structure and reactivity of the silane will affect its ability to migrate. Generally, more than one silane is evaluated for applications where the best performing silane is selected empirically.

The most effective way to promote adhesion is to apply silane as a primer to the surface before applying an adhesive / sealant. In this way, the silane will be on the surface and thus at the interface, where the adhesion between the polymer and the substrate can be enhanced. A silane primer is typically a dilute solution of 0.5% to 5% silane in an alcohol or water / alcohol solvent. They are wiped or sprayed on the substrate and the solvent is evaporated.

When added to a sealant or adhesive or used as a primer on a substrate, an improvement in adhesion is typically achieved because the adhesion exhibits greater resistance to moisture at the interface.

This can result in: 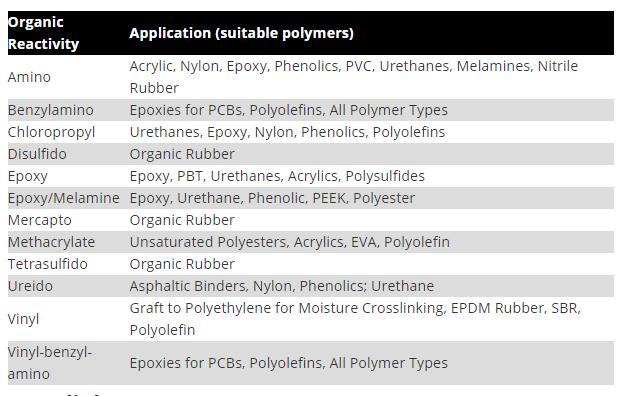 Silanes are used in crosslinked polymers such as acrylates, polyethers, polyurethanes and polyesters. The organic functional portion of the silane can react and bond with the polymer backbone in a sealant or adhesive. The alkoxysilyl groups on the silane should not be prematurely crosslinked so as to provide crosslinking once the sealant or adhesive has been used for its intended purpose.

A silane-crosslinked sealant or adhesive can show enhanced properties, such as:

The very rapid ability of alkoxysilanes to react with water makes them useful in sealant and adhesive formulations to capture excess moisture. A very common moisture scavenger is vinyltrimethoxysilane. The presence of vinyl attached to the silicon increases the reaction rate of methoxysilane with water, effectively eliminating water. Methanol is formed as a by-product, and vinyl silane is cross-linked in the formulation to an inert material. Other silanes, such as methyltrimethoxysilane, are also used as water scavengers.

Silane water scavengers in a formulation can:

The Use of Mixed Silane Coupling Agents