Blog&News
You are here: Home / Blog&News / News / Industry news / Should silane coupling agents be used when bonding brackets to composite... 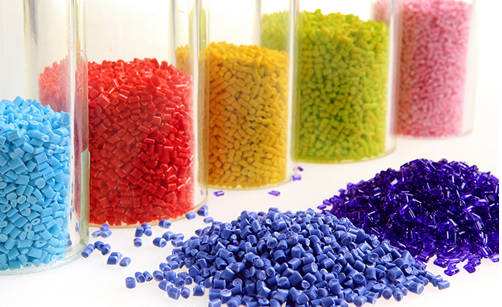 The purpose of this in vitro study was to determine a safe and efficient method for bonding brackets to resin composite (RC), permitting the brackets to tolerate shear forces and allowing removal without causing surface damage to the aesthetic restoration. The shear bond strength (SBS) of 60 brackets bonded to silanated and non-silanated RC surfaces were compared. A Bis-GMA containing orthodontic adhesive system was used to bond stainless steel upper lateral incisor brackets to 60 composite discs, half of which had surface treatment with a silane coupling agent. SBS testing was performed with an Instron universal testing machine. After debond, the bracket base and corresponding RC discs were examined under a stereomicroscope and analyzed using the Adhesive Remnant Index (ARI).

Non-parametric tests (Mann–Whitney U) indicated significant differences between the two groups (P < 0.009). Lower bond strengths were found for the silanated group implying that silane agents may be an unnecessary step. However, both groups had a clinically acceptable mean SBS [silanated group = 13.1 megapascals (Mpa), non-silanated group = 19.4 MPa]. Bond failure occurred at the bracket–adhesive interface in both groups. There would appear to be no advantage in using a silane coupling agent when bonding metal orthodontic brackets to filled RCs.

Bonding orthodontic attachments to resin composite (RC) is becoming a common procedure, particularly since adults make-up a significant number of orthodontic patients (Gottlieb et al., 1991; Salonen et al., 1992; Nattrass and Sandy, 1995; Roeters, 2001; Lilja-Karlander et al., 2003; Mizrahi, 2004). Many studies have shown that once the RC has been contaminated, polished, laboratory processed or aged, the bond strength of RC to that surface is significantly reduced (Boyer et al., 1984; Dhuru and Lloyd, 1986; Kao et al., 1988; Chiba et al., 1989; Crumpler et al., 1989; Roeters, 2001; Mizrahi, 2004). In order to maximize bond strength between two RCs or to increase the composite repair strength, a number of techniques have been reported in the literature such as acid etching, microetching, and use of chemical (silane) agents (Livaditis and Thompson, 1982; Newman et al., 1984, 1995; Livaditis, 1986).

In dentistry, silanes are generally used to promote adhesion between dissimilar materials and therefore are widely recommended. Silane coupling agents are commonly used in restorative dentistry for porcelain repairs (Kupiec et al., 1996) and, of late, for surface-treating indirect RCs, for a durable bond between luting agent and cured RCs (Tam and McComb, 1991; Swift et al., 1992; DeSchepper et al., 1993; Stokes et al., 1993; Tate et al., 1993; Hummel et al., 1997; Yoshida et al., 2001). Unlike restorative dentistry, however, a durable bond in orthodontics is not expected to be permanent. Rather, optimal adhesion to a surface (e.g. RC restoration) should allow orthodontic treatment without bond failure but should not jeopardize the integrity of aesthetic restorations after debonding (Newman et al., 1995). It has been suggested that bond strengths of 6–10 megapascals (MPa) are sufficient for orthodontic bonding (Gillis and Redlich, 1998).

Many studies have shown that application of silane agents to a ceramic surface either with or without sandblasting produces higher bond strengths (Newman et al., 1984; Wood et al., 1986; Major et al., 1995; Gillis and Redlich, 1998; Schmage et al., 2003; Ozcan et al., 2004). The dual reactivity of silane is activated, that is at one end of the molecule of the hydrolysable group of the silane coupler reacts with the inorganic dental porcelain and at the other its organofunctional group reacts with the resin and enhances adhesion (Newman et al. 1995; Ajlouni et al., 2005).

Brackets bonded to a fresh, roughened surface of an old composite restoration appear, in most instances, to be clinically successful. Yet, some authors recommend an intermediate primer as well, even though the bond is not between two dissimilar materials as in bonding to porcelain (Zachrisson and Buyukyilmaz, 2005). In such cases, whether any RC pre-treatment with silane coupling agent is required prior to bonding orthodontic brackets is still unclear. Newman et al. (1995) found no significant difference between the shear bond strength (SBS) of orthodontic brackets bonded with or without a silane agent to aesthetic restorations (RC). Schwartz et al.(1990) on the other hand reported that using silane (Scotch prime) or dentine bonding agent (Scotch bond-2) would lead to a larger mean tensile bond strength when bonding stainless steel brackets with RC (Silux plus) compared with the use of no-mix adhesive (Contacto).

Since only a limited number of studies have been published in the literature, and as clinical experience, with silane coupler in such situations had not been encouraging, an investigation was undertaken to assess the SBS of stainless steel brackets when using a silane coupling agent applied to RC surfaces and to determine the mode of bond failure. The null hypothesis was that a coupling agent would strengthen the bond between the bracket and the restored RC surface

A plastic mould was used to prepare 60 discs with a diameter of 6 mm and a thickness of 4 mm. The microfilled light-cured radiopaque RC (Heliomolar, Vivadent, Lichtenstein) consisting of Urethane Dimethyl Methacrylate–Bisphenol Glycol Methacrylate was injected into the plastic mould in 2 mm layers and cured by means of a light curing unit (Carlo de Giorgi, Milano, Italy) for 20 seconds for each layer. With 2 mm increments, polymerization is equal both for the surface and the depth of resin (Yearn, 1985; Wang and Meng, 1992).

The RC discs were inserted in cold-cured acrylic cylinders and ground to 800 grits with silicium carbide, until a flat surface was exposed. The specimens were stored in tap water for one week. The surface was then etched with 37 per cent phosphoric acid for 30 seconds, followed by rinsing with water and drying with oil-free air. The specimens were randomly divided into two groups of 30, using the coin method.

In the first group, a silane solution (3M Espe, St Paul, Minnesota, USA) was applied to the surface and allowed to dry according to the manufacturer’s instructions. The adhesive (Resilience, Confidental Products Co., Louisville, Colorado, USA) was applied to the bracket surface. The discs were placed on the sample cylinders, excess composite was removed with a scaler, and the composite allowed to polymerize by light curing prior to storage in tap water for one week.

In the second group, no silane was used, the brackets were bonded using Resilience adhesive, and the samples were stored in tap water for a week.

Shear bond testing was performed at a crosshead speed of 0.5 mm/minute and 100 kgf load cell, using an Instron Universal testing machine (model number 1195, Instron Corp., Canton, Massachusetts, USA). The shear force was applied vertically across the bracket and the RC interface. The force required to shear the brackets was recorded in Newtons, and the bond strengths were calculated in megapascals (Mpa) by dividing the force and the cross-sectional area of the bracket surface. The bracket surface area, measured with a stereomicroscope, was as reported by the manufacturer (8.4 mm2 Lateral pad, standard edgewise, slot size 0.018 × 0.022 inches, American Orthodontics, Monrovia, California, USA).

After debond, the bracket base and the corresponding RC disc were examined under a stereomicroscope (Model SZX-ILL B 200, Olympus Optical Co., Tokyo, Japan) at ×20 magnification. This process allowed determination of the bond failure site, using the adhesive remnant index (ARI; Årtun and Bergland, 1984).

To assess the amount of adhesive remaining on the RC and bracket surface, the ARI (Årtun and Bergland, 1984), was applied to the specimens. Scores from 0 to 3 were used.

Shear bond strength values in the silanated and non-silanated group in megapascals.

Categories were analyzed as either damaged or undamaged RC. There was no damaged surface in the silane group, whereas the surfaces in 33 per cent of the non-silane group were damaged. Fisher’s exact test revealed significant differences between the two categories (P < 0.02).

The ARI was applied to the undamaged RC surface (30 from the silanated group and 20 from the non-silanated group; Table 3). The Mann–Whitney U-test indicated no significant difference between the two groups (P = 0.43). Score 2 was mainly observed in both groups; that is more than half of the adhesive was left on the RC surface.

When the ARI was applied to the brackets, scores 0 and 1 were mainly observed in both groups. The ARI was similar in both groups and statistical analysis did not show any significant differences (P = 0.95; Table 3).

As with any other indirectly fabricated restorations, the weakest part of the restoration is the bond between the resin luting agent layer and adjoining surfaces. In order to improve the bond strength between the luting agent and cured RC in restorative dentistry, surface treatment of indirect RCs with silane coupling agents has been recommended (Tam and McComb, 1991; Swift et al., 1992; Tate et al., 1993; DeSchepper et al., 1993; Stokes et al., 1993; Hummel et al., 1997). Yoshida et al. (2001)reported that using a silane agent could increase the SBS of CAD/CAM composite resins but, according to Bouschlicher et al. (1997), bond strength depends on the type of bonding agent (microfilled versus hybrid) when using a silane coupling agent. Those authors indicated that use of a silanating agent when repairing a hybrid with a hybrid appeared to be necessary because significantly greater SBS were obtained with silanization. Bouschlicher et al. (1997) also recommended that if clinicians are unsure about the nature of the base composite (damaged restoration), it would be prudent to utilize silane because microfilled and hybrid materials had statistically equivalent or higher bond strength with silane application.

Though, the amount of time required for chair-side application of silane is minimal, the results of the present study suggest that mechanical and chemical surface preparation of RC, unlike porcelain restorations, would appear to be unnecessary as similar bond strengths can be achieved without its application. This supports the findings of Newman et al. (1984) that the use of silane agent provides no advantage to improve SBS. Since adequate bond strengths to RC surfaces can be achieved with conventional composite-bonding agents and without silane treatment, this would also eliminate the cost of the silane and the time required for its application.

A significant problem highlighted by the study was the high incidence of RC surface damage visible at debond (33% of non-silanated sample). While the direct transfer of this value to clinical situations is not universally accepted because the bracket-tooth/restoration bond is influenced by many environmental factors (Zachrisson, 2000), from a clinical perspective, surface re-contouring of RC unlike porcelain is easy and uncomplicated. However, it would appear prudent to inform patients about the risk of damage to RC surfaces prior to bonding and the need for possible repair/replacement following orthodontic treatment.

Harris et al. (1992) suggested that bracket–resin failure is desirable in clinical practice since failure of the resin–enamel interface could result in enamel fractures. In the present study, the bond failure sites were mainly located at the bracket–resin interface which is in agreement with the results of Egan et al. (1996).

Finally, it should be noted that in this study only one type of RC and metal bracket was examined. Other factors influencing SBS are the bonding agent, the RC type and the mechanical or chemical surface treatment; therefore, further studies with different combinations of composites, and luting agents with different silanes, should be undertaken.

The SBS of metal brackets bonded with or without silane coupling agent were acceptable, although the SBS of the silanated group was lower compared with the non-silanated group.

It seems, therefore, that there is no advantage in using a silane-bonding agent when bonding metal orthodontic brackets to filled composite resins, if the purpose is to obtain a higher SBS.

What Is Silane Coupling Agents

What Are Epoxy Silane Coupling Agents
Scroll to top