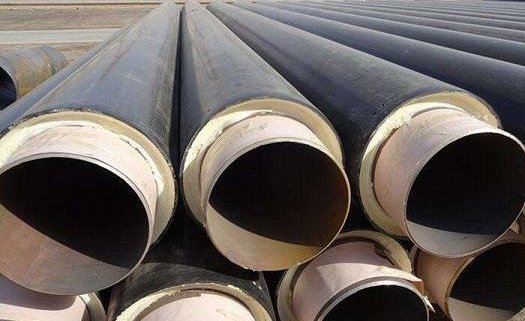 In the present work, some silane coupling agents were found to make nano-TiN particles disperse well and steadily in many organic mediums. In order to further study the effect of coupling agent on the composite interface, KH-570 was used as a modifying agent to control the surface properties of nano-TiN particles. The structural changes of the modified nano-TiN (M-TiN) particles were characterized by Fourier infrared spectra (FTIR), X-ray photoelectron spectroscopy (XPS), transmission electron microscopy (TEM). Contact angle measuring instrument (CAMI) and thermogravimetric analysis (TGA) were also used in this experiment. On the one hand, the side groups [–Si(OCH3)3] in the main chain of KH-570 may react with –OH,–NH and –NH2 on the surface of the nano-TiN powder containing active hydrogen. On the other hand, KH-570 has a carbon chain structure and can provide great compatibility with organic solvents and polymer matrices. This paper attempts to characterize the performances of the M-TiN particles, and analyze the potential application of the M-TiN to materials. It can help to design high performance composite materials.

TiN nano-particles used in this experiment were commercial ultra-fine powders with the following characteristics:  the  average  particle  diameter   –

All of the reagents were analytical-grade and  used as received. Before modification, pristine TiN nano-particles were dried at 110.0 ◦C in a vacuum oven for 10 h to remove the moisture adsorbed  on their surface. Then, TiN nano-particles (1.0 g) were dispersed in 150.0 ml ethyl acetate solvent by sonication, and 0.33 g of KH-570 was added. The mixture was refluxed at 75.0 ◦C for 3.5 h. After the reaction, the nano particles were separated by centrifuging, washed with ethyl acetate for some time and then dried at 50 ◦C for 24 h in a vacuum oven in order to remove the ethyl acetate.

To evaluate the surface chemistry, FTIR spectra of nano-TiN and M-TiN were obtained with the use of a spectrometer (Nicolet Co., Nexus-870,USA). The FTIR spectra were recorded  using  the potassium bromide pellets of the samples and analyzed from 400  cm−1  to  4000 cm−1  with  a  4 cm−1 resolution.

TEM images were obtained to characterize  the structures of samples. TEM observations of the samples morphology were performed using JEM-2100 TEM (JEOL, Japan) at 200 kV.

The contact angle was investigated using CAMI (Kino Co., SL 200C, USA) at the temperature of 25.0 ◦C. The surfaces of the samples were dropped by water and the angle value was taken as its contact angle.

The content of the intercalated modifier was determined by TGA with a thermal analyzer (Netzsch Co., STA449F3, Germany). Samples were heated to 600 ◦C from room temperature at a rate of 20 ◦C min−1.

FTIR technique was used to show the structural changes in TiN nano-particles modified by coupling agent. Fig. 1 shows the FTIR spectra of pristine TiN and M-TiN modified with KH-570. The characteristic adsorption peaks of carboxyl (C=O) at 1720 cm−1, –Si–OH at 1300 cm−1,–Si–O–C at 1080 cm−1 and –CH3  in the region  of 2800 – 3000 cm−1 belong to KH-570 from  Fig. 1a [12]. Fig. 1b and Fig. 1c show typical FTIR spectra of pristine and M-TiN particles modified with KH-570, respectively. Nano-TiN is highly reactive and easy to be oxidized upon exposure to air. So, the surface region of commercial nano-TiN particles has a large amount of Ti–NH2, and

Fig. 3 shows the Ti 2p, N 1s and O 1s peaks and the simultaneous splitting of C 1s core levels spectra. It can be found that the M-TiN’s Ti 2p, N 1s and O 1s peak areas (content of carbon element), peak shapes and positions have changed, which reflects the chemical interaction between nano-TiN and graft KH-570. From Fig. 3, it can be seen that the typical O 1s spectra (at 531.8 eV and 530.1 eV) indicate that there are abundant oxygen of TiN or Ti–OH bonds in the unmodified nano-TiN samples. After being modified, the binding energy of the  O 1s peak changes from 531.8 to 532.3 eV and 533.2 eV for Ti–O–Si. All data of XPS suggest that KH-570 covalently bonds to the surface of nanosized TiN particles and an organic coating layer is formed. This result is in agreement with that obtained from FTIR.

Surface hydrophilicity of nano-TiN particles was investigated by contact angle measurements as shown in Fig. 4. After surface modification,  the contact angle has increased from 21.15◦ to 71.61◦ in water, which suggests that the surface hydrophobicity of nano-TiN nano-particles increased while the surface free energy of it decreased. These changes are  likely  to  be  due to the hydrophobic carbon backbone of the graft coupling agent [2, 32]. It can be inferred  that after modification with KH-570, the nano-TiN particles can be dispersed in polymer materials easier than pristine nano-TiN particles. Thus, the M-TiN can be dispersed more easily in non-polar or weak polar polymer materials than pristine nano-TiN particles. Fig. 5 displays the TEM images of native nano-TiN and modified nano-TiN suspensions in ethyl acetate. In order to present detailed morphological information of the samples,different magnifications are utilized for various samples. The obvious agglomerations can be seen in the images of native nano-TiN (Fig. 5a) and  the homogeneous  dispersion  can  be  observed  in the images of modified nano-TiN (Fig. 5b). This suggests that physical or chemical bonding occurs between the polar bonds of KH-570 and hydroxide groups of nano-TiN. The coupling agent chains grafted on the surface of nano-TiN cause mutual exclusion and steric hindrance effect. As a result, the surface free energy has been reduced correspondingly and the agglomeration is controlled. All the results further illustrate that KH-570 has played an important role in the dispersion of the nano-TiN particles.

Thermal stability of nano-TiN was measured by using TGA and the results are shown in Fig. 6.  As shown in Fig. 6a, the thermal decomposition of pristine nano-TiN begins at about 180◦C and the continuous mass loss can be observed from 180 ◦C to 580 ◦C. This is likely to be due to a series      of chemical reactions happening on the surface   of the nano-TiN between surface groups or some physically and chemically adsorbed substances, followed by the desorption of H2O, etc. [1, 12]. So, the mass loss of pristine nano-TiN is 1.38 %. The thermal degradation curve of nano-TiN modified with KH-570 is shown in Fig. 6b. The total weight loss of 8.89 %, from 180 ◦C to 580 ◦C can be attributed to the degradation of KH-570 and other adsorption substances on the surface. So we can get the net efficiency of the KH-570, which is calculated as follows:

Therefore, it further illustrates that the KH-570 molecular chains are anchored or grafted on the surface of nano-TiN.

TiN nano-particles were modified by means of surface modification in situ where silane coupling agent (KH-570) was used as a modifier. The results show that the modifier has been adsorbed on the surface of nano-TiN particles by covalent bonds and changed the surface properties of the nano-TiN material. The M-TiN particles present superior dispersivity and stability in ethyl acetate than that of the untreated ones, and the net efficiency of KH-570 is 22.76 %.

Effect of temperature on the silane coupling agents when bonding core resin...
Scroll to top