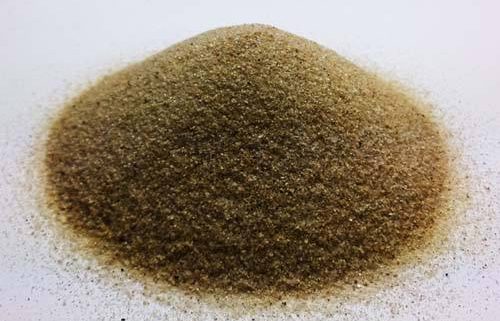 In this article we will learn how the silane coupling agent used in resin coated sand.

In casting production, many natural and synthetic resins are used as the core sand binder, the process of strength building process is very interesting. At the begging, the liquid resin with catalyst were coated in sand surface and forming a layer of resin, the resin was low viscosity and had mobility. When the mold (core) sand was compacted, the sand intended to get near each other and then the sand resin “Link Bridge” was formed. The “Link Bridge” make sands closely connected, and with the passage of time, the resin gradually became sticky and hardening, and finally formed a fastening “resin neck”, the sands were firmly bonded together and had a certain extent of strength.

The sand will not easily lead to a tight chemical bond with resin because of their polar difference in structure and properties. In the same way, nor can they penetrate and dissolve each other, mainly by intermolecular attraction at the interface. Therefore, the silane coupling agents are usually used to enhance the adhesion, that is, to enhance the bond between the resin and the sand.

Silane coupling agents are silicon-based chemicals that contain two types of reactivity inorganic and organic in the same molecule. A typical general structure is

Based on our experience, the silane coupling agent has an amino group, such as HD-E8133, HD-M8253, whether adhesion or other properties, are obviously better than that of non-amino.