Blog&News
You are here: Home / Blog&News / News / Industry news / The use of silane coupling agents in the design of electrically stable... 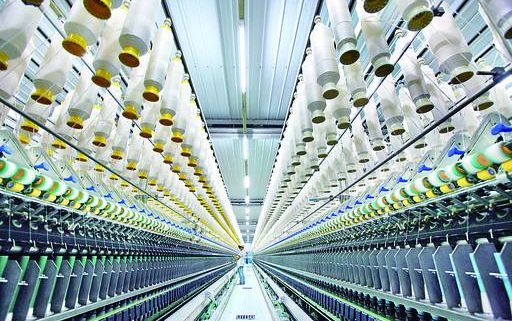 Electrically conductive adhesives (ECAs) have found application in microelectronics as alternatives to electrical interconnections produced by soldering, brazing,or welding methods. Among the applications for bonding with ECAs, die attach to a circuit board and surface mount technology of components can be listed[1, 2]. More recently, other applications have included the fabrication of thick-metal-backed circuits for highfrequency wireless circuit applications [3]. As is the case for any joining method, a critical issue related to product performance is reliability of the product. In this instance of ECAs, both mechanical and electrical performance must be maintained.

Formation of metal oxide, hydroxide, and other corrosion products at the interface between a conductive adhesive and the metal bonding surface (adherend) can compromise both the electrical and mechanical stability of the bond, and, thus, the performance and reliability of the structure. This problem is particularly troublesome in the case of adhesively bonded aluminum.Aluminum surfaces are protected by a thin layer of alu-minum oxide that provides passivation of the metal at room temperature and at moderate relative humidity.

While the native oxide of aluminum is a poor conductor,it is thin enough to allow a reasonably low contact resistance for conductive interconnections, and resists further degradation of the electrical interconnection. However, aluminum is prone to oxidative and hydrolytic processes induced by moisture and temperature, active ionic species, galvanic effects, and other environmental factors. Exposure to higher values of temperature and humidity induces a transformation of the aluminum oxide to aluminum oxy-hydroxide (AlOOH) and finally,if the transformation is complete, aluminum hydroxide(Al(OH)3). These changes in surface composition are accompanied by a transformation of the original morphology of the thin oxide layer to a “corn flake”type structure for aluminum oxyhydroxide and, finally,to platelets for aluminum hydroxide. These structural changes lead to layered structures that are mechanically weaker, and non-passivating (i.e., offer no protection of the underlying aluminum/aluminum-oxide surface from corrosion), and ultimately, they influencethe adhesion strength of the adhesive/aluminum interface[4, 5]. Similar effects have been reported for interfaces between conductive adhesives and aluminum surfaces [3]

Roughening of surfaces, for example by sand blasting, chemical etching, or anodization to specific morphologies has been commonly practiced to enhance mechanical adhesion of aluminum/polymer systems and to provide structural durability in humid or corrosive environments. A review of various techniques known to produce reproducible morphologies with micro-roughness for adhesive bonding of aluminum alloys is given by Venables [6]. For example, the Forest Products Laboratory (FPL) process, developed in 1950  has been used by the aircraft industry to preparealuminum surfaces for adhesive bonding. This treatment generates finger-like protrusions of aluminum oxide that enhance mechanical interlocking between the adhesive and the substrate [8]. Although these fingers can attain heights on the order of 400 A˚ (normal to the aluminum surface), aluminum oxide thickness between the protrusions is much thinner, on the order of 50 A˚ [8]. This technique has been found to be effective in enhancing the structural stability of adhesive bonds to aluminum in humid environments [7–10], especially when used in conjunction with organic corrosion inhibitors [10]. The aluminum oxide layer that results from FPL treatment is relatively thin, and as such, the resistance to hydration that it offers is not as effective as that afforded by other oxide treatments on aluminum. However, when the bond must be electrically conductive, treatments that improve adhesion by producing a thick oxide layer, such as phosphoric acid [11], chromic acid [12] or sulfuric acid anodization [10] are not Silane coupling agents have been commonly used to improve the adhesion performance of metal/polymer interfaces. These materials may typically contain one or two reactive ends, one containing organo-silicon groups that attach to surfaces via hydrolytic reactions. The opposite end of the molecule may contain either a nonreactive group or a reactive group that can be used for further reaction to a pre-polymer or to a modified polymer film. For example, chemically etched 304 stainless steel can react with γ -aminopropyltrimethoxysilane. The reactive group (amine end of the coupling agent) can react with polyamic acid, a precursor of a polyimide polymer to produce mechanically stronger polyimide/stainless steel interfaces [13]. Other approaches use the formation of a thick metal-oxide layer prior to application of the silane coupling-agent to improve adhesion to organic films [14, 15]. Silane coupling agents have also been shown to reduce the rate of hydration of aluminum surfaces and improve adhesion to organic films [7, 11]. In some cases, silane coupling agents have been shown to impart corrosion

resistance to metal/polymer interfaces by providing electrochemical resistance to corrosive ions, such as chlorides, at or near the formed interface [10, 11].

Significant advances have been made recently in the development of electrically conductive adhesives(ECAs), largely spurred by efforts to replace lead containing solder, reduce thermal stress during componentassembly, and simplify processing for surface mount and flip chip applications. Typically, ECAs are heavily loaded with metallic particle fillers in an organic matrix, for example, having an average filler concentration of around 70 to 80% by weight.

The mechanical and electrical stability of large area interfaces between conductive adhesives and some metal surfaces, for example, those used for electrical interconnection between microwave circuit substrates and thick metal backers that provide for thermal dissipation, has proven very difficult to control[3]. For applications involving ECAs, treatments such as those outlined above, designed to improve adhesion and/or corrosion resistance, are not necessarily sufficient to maintain good electrical performance of the metal/ECA/metal joints during the field life of the device. Reports on treatments for promoting electrical stability of electrically conductive bonds to aluminum using ECAs are scant [3]. Jimarez et al. [18] found that micro-roughening of aluminum surfaces using a vapor blast technique, i.e., exposing the surface to a high-pressure spray of an abrasive particle slurry,improved the stability of electrical performance under conditions of elevated temperature and humidity

What Is Silane Coupling Agents
Scroll to top