Blog&News
You are here: Home / Blog&News / News / Industry news / What Is A Modified Silane Adhesive 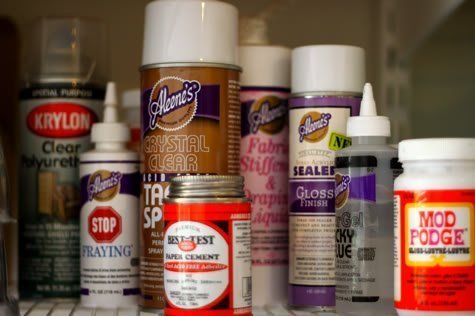 Modified silanes adhesives were developed and launched in Japan during the 80’s, due to the great advantage of these elastic adhesive compared to polyurethane adhesives, its use is highly increase both Europe and America markets.

Modified silanes are one component adhesives which react and cure under the action of moisture, during its curing process by polycondensation this type of adhesives emit methanol and once cured acquire elastic properties and typical strength of an elastomeric material.

Depending on the chemical backbone or resin composition of the adhesive, on the market exist two types of modified silanes:

Note – All information described on modified silane adhesives refer to the basic principles, for each adhesive valid information is contained in the manufacturer’s technical specifications, due the formulation of the adhesive varies its properties.

Components and polyreaction of the silane modified adhesives

The type of curing or polyreaction which takes place in the modified silanes is polycondensation under the influence of the ambient humidity.

As in the case of polyurethane adhesives and the moisture-curing silicones in modified silanes must take account of the skin time formation. The skin time must not exceed the time of application, handling and assembly of the bonding join, if it exceeds the adhesive would have sufficient time to cure and not wet the substrate, causing an adhesion failure.

Currently modified silanes adhesive have a skin time about 10 to 45 minutes, such time may be reduced or increased depending on the temperature and humidity in the ambient.

One limitation of the silane modified (as do all the moisture cure adhesive) is the maximum thickness of application due to their curing process goes outside inside, if applied too thick the adhesive require a long time to cure inside, it may not even reach completely cure, in order to solve this problem it is possible to apply the adhesive along with a second component known as Booster, which is mixed to uniformly cure the adhesive bead, in that case the curing process occurs evenly and not from outside to inside.

One of the main advantages of the modified silanes do not require use of primers or adhesion promoters prior to adhesive application, in many cases cleaning of the surface is enough to ensure adhesion between the substrates, thereby reducing both cost of materials and cost of application, also avoid errors during the treatment surface before apply the adhesive.

Modified silanes not cure under the action of polyols (short-chain polymers with OH groups), for that reason it is necessary to verify that the cleaner used to prepare the surface does not contain polyols.

The modified silane may be cured at a range of humidity between 30% and 95%, due that unlike polyurethanes do not emit CO2 or any volatile compound which could cause internal bubbles in the adhesive reducing the mechanical and cohesive properties of the adhesive.

Are elastic and flexible material

Tensile strength between 1 and 4 MPa, there silane modified based epoxy that can reach 8 Mpa.

They can be painted, even shortly be applied (wet on wet).

Adhere to a wide range of materials (metal, ceramic and plastic) without primers or activators.

Modified silanes are used in all those applications that are used for polyurethane elastic adhesives, due to various advantages presented by these adhesives, industries are increasingly incorporating modified silanes in its processes.

There are countries that environmental regulations and job security can only use these types of adhesives to perform joins that require some degree of elasticity and strength.

The silane and silicon used in the polysulfide sealant

How Silanes used as adhesion promoters for paints, inks, coatings, and adhe...
Scroll to top